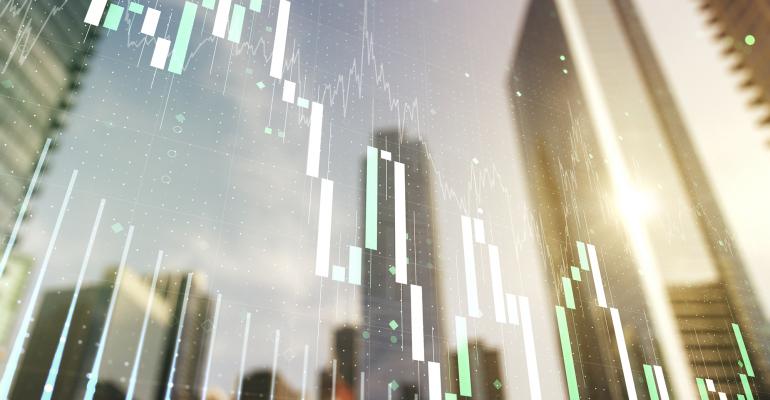 The COVID-19 pandemic has taken its toll on office investment sales with transaction volume falling to its lowest level since the Great Recession.

U.S. office investment sales volume dropped in the second quarter of 2020 to $11 billion, the lowest quarterly level posted since 2010, according to a recent report from data firm Real Capital Analytics (RCA). The CoStar Group, however, recorded a total of $41.6 billion in transaction volume during the first half of 2020, down 38 percent from $67.5 billion during the same period last year.

The drastic drop in office sales is not surprising considering the impact of COVID-19 on demand for office space. According to the second quarter office market report from real estate services firm JLL, gross leasing volume dropped by 53.4 percent in the second quarter, and the office market lost 14 million sq. ft. of occupancy, bringing year-to-date net absorption to a negative 8.4 million sq. ft. Still, some degree of leasing rebound is expected in the third and fourth quarters, according to JLL researchers.

Additionally, sublease vacancy during the quarter rose by 5.2 million sq. ft., with another 15.7 million sq. ft. of new shadow space becoming available, but not yet vacated.

With uncertainty about when or how many workers will return to the office, many CFOs have put decisions about office space on hold or are weighing their options to downsize, according to Chicago-based Eric Enloe, managing director and national capital markets valuation lead at JLL. As a result, there is a glut of sublet space that is growing by up to 900,000 sq. ft. weekly. And since rental rates for sublease space tend to be below direct rates, Enloe suggests this will have a negative impact on building valuations due to pressure on net operating incomes (NOIs).

Looking at the office space that was still being leased in the first half of 2020, there was a clear flight to quality, with the highest quality space garnering a 49 percent share of gross leasing activity between January 1 and May 15, according to CoStar. By comparison, the share of leasing volume taking place at older class-A buildings fell to 37 percent, down 110 basis points points from its recent historical averages. Class-B and C space accounted for just 14 percent of leasing volume during the period, a 200-basis-point drop from its typical share.

However, office buildings in Central Business District (CBD) markets were hardest hit in terms of investment demand in the second quarter, with just $3.7 billion in transactions—the lowest volume for a second quarter since 2009, according to RCA. Year-over-year, CBD office sales plunged by 83 percent overall, single-asset sales dropped by 73, and megadeals were non-existent.

CoStar researchers suggest that leasing challenges facing CBD office product may be impacting investor sentiment. They note that CBDs in primary markets in particular face the greatest challenge in getting people to return to the office, as they depend on mass transit systems to transport building occupants to their workplaces. Elevators in tall buildings also present logistical challenges in efficiently getting workers to upper floors while maintaining social distancing guidelines. Roughly 75 percent of class-A office building inventory in CBDs is located above the fourth floor.

Suburban office investment represented the brightest spot for the market, as demand for suburban office space is forecast to potentially increase as employers with no previous suburban presence consider establishing work outposts near where employees reside to eliminate their commutes into CBDs on mass transit.

According to CoStar, the volume of suburban office transactions increased from 22 percent of overall office transaction volume in 2011 to 30-35 percent today. Meanwhile, with much less new office development taking place in the suburbs over the last market cycle, suburban office fundamentals heading into the pandemic were already tight, with vacancy lower than in most CBDs. While investor interest in the suburbs has been growing for some time, the headwinds facing CBDs in the current environment, particularly in primary markets, may serve to augment investor interest in suburban office product, CoStar researchers note.

However, according to Al Pontius, senior vice president and national director of the office and industrial division with real estate services firm Marcus & Millichap, “This is not a winner-takes- all discussion.  The trends right now favor faster growth in the suburbs, but the CBD will rebound in a post-pandemic environment.” He notes that the pandemic’s influence on office assets, suburban office in particular, was not entirely due to COVID-19, but has been an accelerator in certain ways, such as the increased emphasis on greater spacing between employees and lower density environments.

“Despite some challenges ahead, long-term, we still believe the CBDs in primary markets will still remain desirable by job seekers, employers, and investors,” agreed CoStar researchers. “The agglomeration of talent, opportunity, entrepreneurship, wealth in these markets takes years to develop and won’t be easily disrupted.”

Only four markets saw an increase in sales volume year-over-year: Boston, at 13 percent; the D.C.-Virginia suburbs, at 8 percent; Raleigh-Durham, N.C., at 35 percent; and Sacramento, Calif., at 6 percent.

CoStar data shows there is a lot of dry powder sitting on the sidelines waiting to invest, but two major factors are hampering investment activity: difficulty securing financing and a pricing disconnect between buyers and sellers.

In the interim, Enloe says there is only one marketable type of office product in the current environment: single-tenant buildings with a strong credit tenant, like Microsoft or Google, and at least seven years remaining on the lease term. He notes that the only exception may be multi-tenant “trophy” assets.

“Assets with term and credit quality in the rent roll are preferred today as they are most predictable in their performance in the short run,” agrees Pontius. “Value-add deals, especially where there is a high degree of speculation on lease-up period and rental rates, are much more challenging to complete right now.”

Pontius says he expects office values to remain fairly stable in the short term, given very low interest rates and limited amount of inventory trading. Distressed office sales remained relatively low in the first half of 2020, totaling less than a quarter of the average quarterly inflows of distressed assets in 2009. According to RCA researchers, the market will not enter the ‘price discovery’ phase of the downturn until forced sales and overall transaction volumes start to pick up.

However, distressed asset sales in the office sector are likely to be very limited, according to Pontius, and involve lower quality assets when they do occur because, overall, rent collections to date are holding up well.

In the meantime, market challenges resulting from the pandemic are putting some downward pressure on office price growth. The RCA Commercial Property Price Indices for the office sector rose 2.3 percent year-over-year in June, down from 3.0 percent growth in June 2019. The average office cap rate fell by 10 basis points in the second quarter, to 6.7 percent nationally.

Enloe predicts that the office investment sales market outside the single-tenant assets he mentioned will remain challenging through the end of 2020 and perhaps beyond because of a lack of clarity around how much space tenants will need going forward.