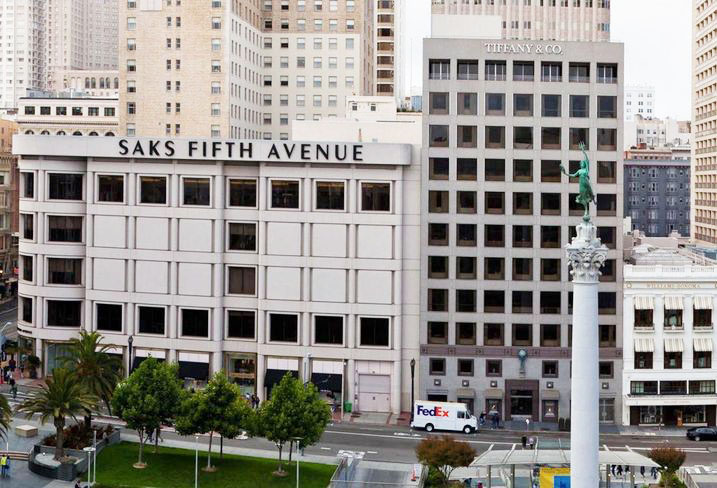 The coronavirus and stay-at-home orders to contain the pandemic have accelerated retail trends underway long before this year, experts said this week.

The steady growth of e-commerce had already hit markets across the U.S., with sites from coast-to-coast seeing vacancies rise and cities looking for ways to react.

Now, with millions of Americans unable to leave home, e-commerce sales have surged even more, jumping 49% in April, according to data released this week in Adobe’s Digital Economy Index.

But many retail markets have faced issues on top of e-commerce’s emergence. In San Francisco, retailers’ battles with permitting costs, chain bans and homelessness have recently led to efforts by retail landlords to become office landlords in and around the city’s bustling retail mecca, Union Square.

That interest was so strong that supervisors had to implement a moratorium on conversions before recently allowing several to officially go through. Similarly, there have also been pushes for condos in former retail space in S.F.

In many cities, the coronavirus is hastening the retail sector’s struggles, with casualties like J. Crew and Gold’s Gym likely among the first of many. But it is also accelerating some of its progress, Turner & Townsend Vice President Lisa Woodruff said.

In markets where investors find it makes sense, conversions like those in S.F. and from big-box retail to industrial will likely continue, but so will retail’s occasionally successful shift to experiential and destination-oriented business, Woodruff, a global head of retail, told Bisnow.

She pointed to bigger blended spaces, such as Starbucks’ implementation of Reserve Roastery locations in New York and Chicago, as successful concepts in High Street retail areas.

“They found ways to make the model work by introducing additional customer experiences [with] restaurants, bars and shopping all into one space that’s tagged as Starbucks, and really having more of a destination experience for their customers,” Woodruff said. “I think you’ll see some High Streets move into that area.”

More broadly, the utilization of multiuse space could become more common, as owners and occupants rely on blends of retail, residential and office space, Woodruff said. That combination can also include links in the supply chain, the way Kohl’s has partnered with Amazon to host return stations for the e-commerce giant, she said.

As retail vacancies mount, Nareit Senior Vice President of Research and Economic Analysis Calvin Schnure said some conversions to new property types will happen, but that in most cases, new retail will come in to absorb the available space.

After all, new retail construction had already slowed in anticipation of the sector continuing to lose market share to e-commerce, he said. Out of 62 markets tracked ahead of this year, CBRE Econometric Advisors expected all but four to see positive net absorption as a result of another year of limited new construction.

“Experience has shown that major retailers need both an online and a brick-and-mortar presence in any major market,” Schnure said. “There will still be a role for retail real estate.”

Into the longer term, Schnure said he expects a continued struggle for sellers of commodities like books, music and other products customers are growing accustomed to purchasing online.

On the other hand, in the short-term, sellers of items still often bought in person, like furniture or shoes, for instance, might see pent-up demand and customers buying more at once to limit trips, before seeing continued resilience in the longer term, he said.

In San Francisco, Maven Commercial partner Pamela Mendelsohn said the brokerage has continued to see interested retailers tour the area and locate in the city, many of which will have reinvented concepts. She said she doesn’t see the share of retail space in S.F. changing much.

“There’s only so many things that you can buy online, honestly,” Mendelsohn said. “Sometimes you need to see the real color or touch the fabric and just have that experience.”

In expensive downtowns, like those of S.F. and New York, some retail space will probably have to cede to office space and housing, Woodruff said. Both markets still have housing shortages, and office sector experts said they are still counting on tenant interest, despite murmurings that remote work will cut into traditional office space.