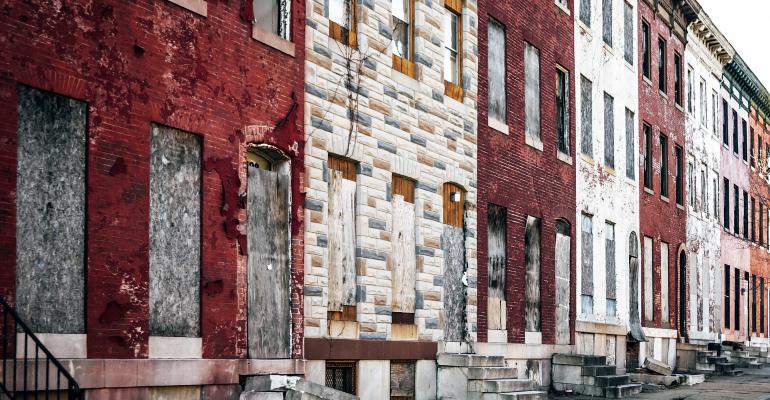 Joining the mix: Normandy Real Estate Partners LLC, a firm that once owned Boston’s John Hancock Tower. Morristown, New Jersey-based Normandy has started raising a $250 million fund to make investments in “opportunity zones,” according to people familiar with the matter, who asked not to be identified because the information is private.

The zones are especially attractive to firms and wealthy investors seeking to redeploy capital gains. They start by plowing those proceeds into “opportunity funds,” deferring taxes until 2026. If the funds buy and hold qualifying assets for at least five years, investors can reduce the tax they pay on appreciation or eventually eliminate it altogether.

The opportunity zones provision was a lesser-known part of the tax overhaul that Republicans approved in December. Backers have said it’s an innovative way to steer private money into overlooked communities. Even so, some researchers and nonprofits have argued the provisions were written so broadly that savvy investors and real estate developers could exploit it for projects they might have done anyway or that displace lower-income residents.

There are roughly 8,700 opportunity zones throughout the U.S. spanning aging Rust Belt towns, low-income areas of major cities and rural swaths of the West.

Several prominent investors — from Goldman Sachs Group Inc. to the hedge fund EJF Capital to New York-focused RXR Realty — have already begun making investments in opportunity zones or started raising funds to do so. Treasury Secretary Steven Mnuchin said last month that the incentives could eventually attract as much as $100 billion in capital to low-income areas.

The Normandy Opportunity Zone Fund LP will seek to invest in “value-add” and “core” commercial real estate in the Northeast, and is targeting a gross internal rate of return of 12 percent, the people said. Investments — which will span more than 10 years — may include office, industrial, multifamily and life-science properties. A separate so-called sidecar fund will have the ability to make investments in the companies that are tenants of buildings within the fund.

Normandy has identified a significant pipeline of opportunities and expects to be able to invest the fund within two years, one of the people said.

The firm has already been investing in markets that have since been deemed opportunity zones. For instance, it redeveloped a warehouse in the Long Island City neighborhood of Queens into a creative office space. It also owns office space in Somerville, Massachusetts, and it plans to develop land around the site for either additional office or life-sciences use.

Normandy principals were also involved in the pitch by Newark, New Jersey, to try to lure Amazon.com Inc.’s HQ2, in part through boosting tax breaks.