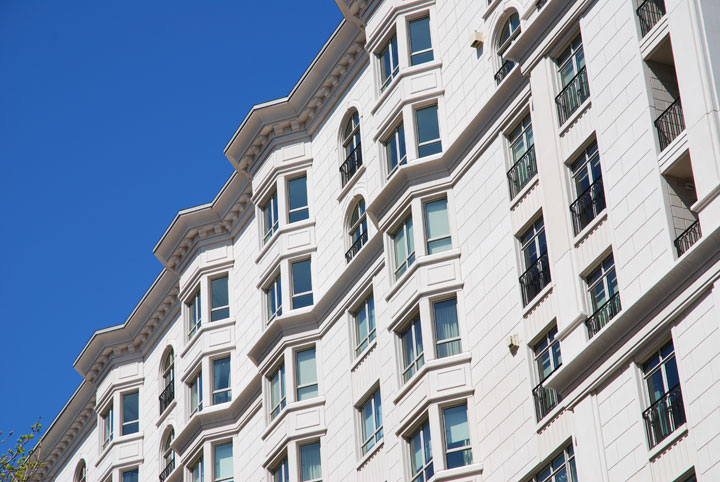 Multifamily rents are likely to keep rising in 2016—just not as fast as before, according to forecasts for the coming year.

“Rising vacancy rates will take the wind out of landlords’ sails and remove some of their ability to keep pushing rent growth at such a febrile pace,” says Ryan Severino, senior economist and director of research with New York City-based firm Reis Inc. Developers will deliver more new apartments in 2016 than the 188,000 new units they opened in 2015, pushing the vacancy rate up from 4.4 percent in the fourth quarter.

“With construction posting its highest tally since 1999, the market environment has clearly changed,” says Severino. “Gone are the days when apartments faced little competition from new construction.”

Strong demand for apartment rentals, however, continues to support the multifamily sector. Even as the vacancy rate rises, it is unlikely to spike enough to put a serious dent in the growth of apartment rents.

Experts predict that the percentage of vacant apartments will stay relatively low in 2016, even as more new apartments open.

“Even with all the new units, we are only expecting vacancy rates to go up 10 to 20 basis points,” says John Chang, first vice president of research services for Institutional Property Advisors (IPA), a platform that works with both institutional and private investors.

These relatively healthy markets will be supported by strong household formation.

“We expect renter household formations to remain strong because of favorable demographics and pent-up demand following the Great Recession,” says David Brickman, executive vice president for the multifamily business for Freddie Mac. The nation will add 4.4 million new rental households by 2025, or 440 million a year based on adult population growth alone, according to Harvard University’s Joint Center for Housing Studies.

Even with all the recent new construction, developers have not kept up with the growing demand. Last year, the total number of households grew by 1.5 million, but the nation’s housing stock only increased by 1.1 million units. “We are not creating enough housing units,” says Brickman.

These relatively positive forecasts are based on the expectation that young Millennials will form their own households as more of them find jobs. “They are getting jobs and they are getting their careers started and that is great news for the apartment industry,” says Chang.

So far, experts don’t see any evidence that the U.S. is becoming more like Europe, where young people often continue to share housing with their extended family for much longer periods than stateside.

A rising homeownership rate could damage this forecast for strong demand for apartments, if less of the newly formed households end of living in apartments than experts predict. However, new data shows that if the homeownership rate does rise, the new homeowners will be primarily current renters of single-family homes. More than two-thirds of apartment renters—68 percent—say they are satisfied with their housing, according to the latest quarterly renter satisfaction survey from Freddie Mac.

The broader economy could also damage these forecasts, if growth in the U.S. slows down. However, the economy recovery in the U.S. has been broad-based, with slow, steady growth in employment across the country.

“Even the weakest employment markets in the U.S. are still adding jobs,” says Chang. That includes both small cities like Kansas City and energy industry towns like Houston. “Right now, we are expecting steady wage growth supporting stead rent growth.”

Finally, bad news in the stock market could hurt demand for apartments, especially for the upscale new units developers have been delivering in urban cores. So far, a mix of young Millennials and older empty nesters helped fill these more expensive apartments. Young Millennials often need a little help from their parents to afford these units. Falling stock prices might hurt the ability of their parents to help pay the rent, as well as empty nesters’ ability to move out of their large suburban houses and into cities. “They may want to stay in that house for another year,” says Jeff Daniels, managing director for AIG Global Real Estate, which invests in and manages commercial real estate.