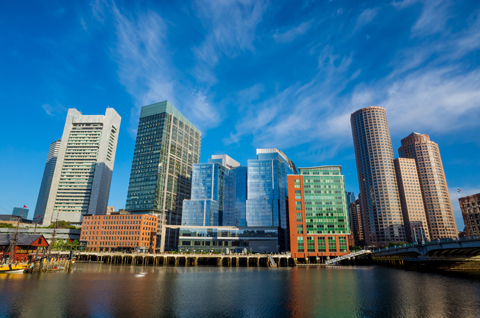 It has been a conundrum in the office market throughout the last few years: the job market has been fairly steady, especially for office-using industries. So why has office occupancy growth been so sluggish? Is it because employers are squeezing new staff into smaller spaces, especially Millennials who are more tolerant of this? Or is there some other cause? An arms-length look at the data shows that employers may be squeezing more staff into smaller quarters, but the “Millennial effect”—for lack of a better term—is minimal. That is, the population growth rates of the 20-to-34 age group for the 82 metropolitan areas that Reis covers were not only disparate, they were inconsistent with both office rent and occupancy growth rates.

Indeed, a look at recent (2011-2014) population trends for the 20-to-34 age cohort yields very interesting findings, but none that suggest that this age group is having a significant impact on commercial real estate trends. The general findings in the population data show that metros that had the highest concentration of Millennial population growth relative to total population growth were generally low-performing markets that had little to no overall population growth. These included Hartford, Conn., New Haven, Conn., Buffalo, N.Y., Providence, R.I. and Detroit—all of which had very low office rent growth rates for 2011 to 2014.

Metros with the highest population growth rates for the 20-to-34 age cohort were generally mid-tier markets: Indianapolis, Nashville, Tenn., Colorado Springs, Colo., Palm Beach, Fla. and San Antonio, Texas that saw population growth rates of 9.0 percent-11.0 percent for the 20-to-34-year-old group. The weighted average office rent growth rate for these five metros was 2.7 percent (2011 to 2014), well below the metro average for those years of 7.0 percent.

However, metros with the next five highest population growth rates include Denver, Houston, Washington, DC, Rochester, N.Y. and Austin, Texas—all of which posted 20-to-34-yr-olds’ population growth of 8.0 percent and collectively had a weighted average growth rate of 7.4 percent.

Likewise with occupancy growth, which was highly correlated (59.0 percent) with rent growth, markets with the highest growth rates included three markets with strong population growth—Austin, Palm Beach and Houston—but it also included other markets that did not (Orange County, Calif., Greenville, N.C. and Salt Lake City).
Some could argue that office occupancy growth was low over the last few years in many metros because of the combination of higher rents and the population shift. Again, the data to support this claim was mixed and inconclusive.

Indeed, measuring the impact of age-group population growth on the commercial real estate market requires far more sophisticated econometric analysis than was provided in this report. That being said, a very superficial look at the metro-level data shows that the correlation coefficients are low and that there is no explicit connection between the growth of the 20-to-34-year-old population and either office occupancy or rent growth. Still, the findings show that a cursory look at the data was worthwhile and that further analysis is warranted.