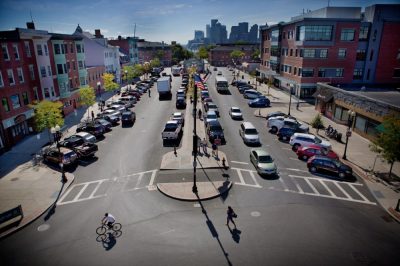 A hearing on an order approving a petition for a special law re: The Jim Brooks Stabilization Act. The Chair of the Committee is Councilor Flaherty and the Sponsor Mayor Martin J. Walsh, and referred to the Committee on Government Operations on January 11, 2017.

There is a new act that will severely affect landlords in the city of Boston. The “Jim Brooks Stabilization Act” the so called “just cause” eviction law.

I strongly oppose this bill which would prohibit landlords from failing to renew a lease or terminating a tenancy at will, would limit the grounds upon which a landlord could terminate any tenancy, and would require notification to the City prior to the filing of eviction actions.

Just a few of the problems with this bill are:

Tenants for Life: After the contract ends, the owner must extend the lease. The tenant, however, has the right to leave at the end of the term for any or no reason. In effect, the tenant is afforded a life-time tenancy.

Property Control: Limits owner’s right to recover their apartment. Owners are prohibited from electing not to renew a lease.

Court Established Rent: Owners can only increase rent if they can legally prove that the increase is not “unfair” and violation of the consumer protection law, 93A. It establishes a new form of rent control leaving the courts to determine “fair rent”.

Limits renting to friends or family: Owners cannot remove the current tenant and lease to friends or persons who do not come within the definition of “family member”.

Illegal Activity: Eliminates an owner’s right to void a tenancy where a tenant is found with illegal firearms, drugs, prostitution, or assaults a person on the property. It further eliminates the landlord’s right to evict a tenant that violates their lease, by granting such tenants the ongoing and unrestricted right to “cure” violations.

Problem Guests: Current law makes tenants responsible for the behavior of their family members and guests. This restricts the owner’s right to remove tenants whose apartments are being used for criminal activity unless the tenants themselves were found to be involved.

Extends protections to all occupants: Protections would extend to persons occupying the dwelling. This could require a landlord to provide ongoing housing to a person with whom they had no contractual relationship.

Renovation prohibition: Owners would be unable to relocate a tenant in the event that the building needs to be rehabilitated. Even if the building requires a complete rehabilitation or has been condemned by the City, the owner would be prohibited from relocating the tenant.

Harsh penalties and red tape: The owner must file any notice to quit or notice of non-renewal with the City within two (2) days of service on the tenant. A landlord who inadvertently fails to send the notice within two (2) days would result in a dismissal of any eviction action requiring owners to start over. Failure to follow this ministerial task would also entitle the tenant to costly punitive damages.

These are only a handful of difficult problems this law would present. The hearing is Monday March 6th at 10:00 a.m. at Boston City Hall.

I urge you to contact your Boston City Councilor today and ask them to vote no on “just cause” eviction.

Download the GBREB Memo To members Comparing Just Cause to Currnt Law chart that highlights the changes.